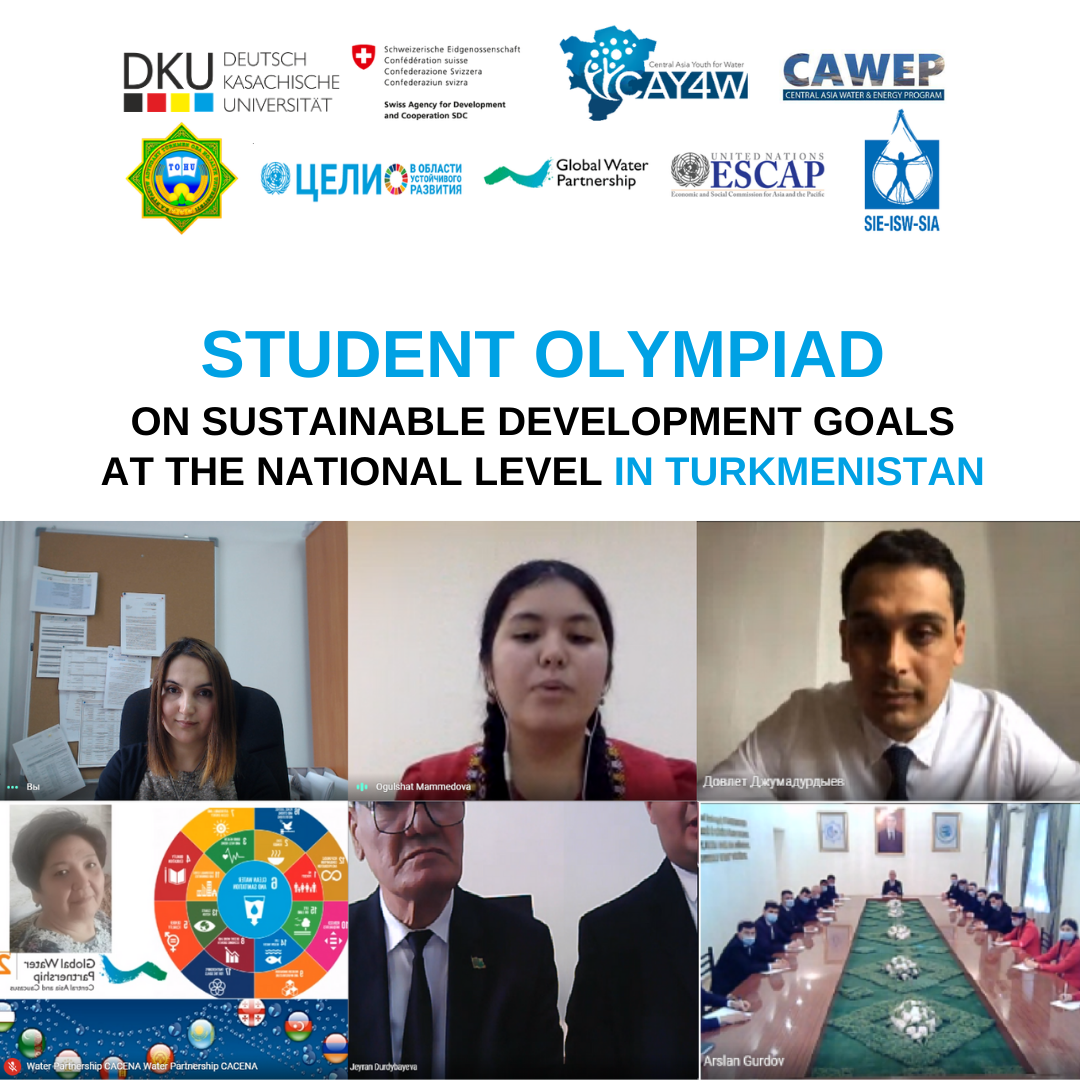 On March 30 and 31, 2021, the Students Olympiad on Sustainable Development Goals was held at the national level in Turkmenistan.

The event was directed at the enhancement of the capacity of the students, future experts in the region.

🔸The official opening of the Olympiad was held within the walls of the Turkmen Agricultural University named after S.A. Niyazov, which is a partner university of the Kazakh-German University (DKU).

🔹The national stage of the Olympiad consisted of 2 stages in the online format:

Stage 2 - oral testing (interview) with members of the jury.

👍Total number of participants of the Stage 1 was about 70 students from universities of Turkmenistan. Participants who scored the most points in testing were invited to the subsequent interview.

Between the written and oral stages, there was organized a💦 "Water Day" seminar, where students gave short presentations and had the opportunity to exchange experiences, knowledge and skills.

❗The winners of the national level Olympiad will be informed by e-mail regarding their further participation in the regional stage of the Olympiad.

👥DKU expresses its deep gratitude to the Turkmen Agricultural University named after S.A. Niyazov and other universities of Turkmenistan for providing opportunities and conditions for conducting the Olympiad.

ℹ️The event was organized by the Natural Resources Institute at DKU in cooperation with the Central Asia Youth for Water network "CAY4W" with financial support from the Swiss Agency for Development and Cooperation (SDC) and the World Bank, as well as with the expert support from the Global Water Partnership and the UN Economic Commission for Asia and the Pacific (UNESCAP) in cooperation with the UN Information Center in Almaty.