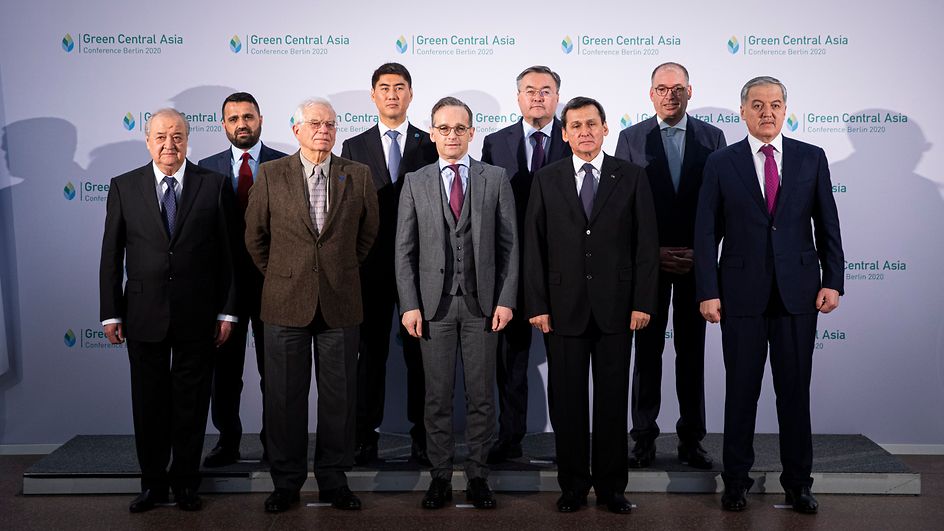 On the 28th of January, 2020 the foreign ministers of Central Asian states have gathered in Berlin, Germany to give start to the "Green Central Asia" Strategy

Green Central Asia is a regional initiative on climate and security in Central Asia (CA) and Afghanistan launched by the Federal Foreign Office. It is a part of a preventive and stabilizing foreign policy in the region and, to this end, is supporting the European Union’s strategy for Central Asia adopted in June 2019.

Climate change poses security risks in Central Asia and Afghanistan resulting in the faster melting of mountain glaciers, which makes a particularly severe impact on water, land and soils. This in turn has consequences for food security and affects migrant flows and the stability of the region as a whole.

Therefore, Green Central Asia is aimed at supporting the regional dialogue on climate change, fostering regional integration, and expansion of national expertise through scientific and civil institutes collaboration. This project is a continuation of the Water Initiative for Central Asia (also called Berlin process) aimed at supporting water management through enhanced trans-border cooperation

The vice-rector for International Cooperation of Kazakh-German University Ms. Barbara Janusz-Pawletta had the opportunity to present the IWRM master program to the distinguished participants and witness the signing of a joint declaration on cooperation in the field of climate and security between Afghanistan, Kazakhstan, Kyrgyzstan, Turkmenistan, Tajikistan and Uzbekistan.

The conference was opened by the host  of the event H.E. Mr Heiko Maas Foreign Minister of the Federal Republic of Germany and followed by the statement of High Representative of the European Union for Foreign Affairs and Security H.E. Mr Josep Borrel.

The event included Panel discussion between the distinguished guests of academic and research spheres. Topics of the discussion:

The foreign ministers of Central Asian states participated in the Panel Discussion on the topic of “Climate change and Security - Challenges for Central Asia” sharing the knowledge and practices performed in tackling the issues of the region.

The conference resulted in the Signing of Joint Declaration on cooperation in the field of climate and security between CA states.